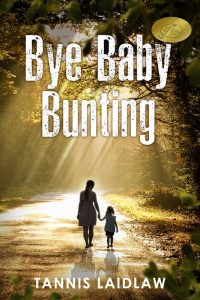 The back cover says;

“Jemma could hear the murmur of voices but no matter whether she held her breath to hear better or she stopped all movement, she couldn’t make out what was being said. Footsteps came up the stairs.

It’s 1963 and university student Jemma Howell’s life has turned upside down: she’s pregnant and her boyfriend has died. She is manipulated into giving her unborn child up for adoption by her late boyfriend’s parents, the wealthy Winchesters. Some six months after giving birth, Jemma is obsessed with her daughter’s welfare.

A chance opportunity…
a split-second decision…
…now she’s on the run.

Detective Constable Tim Findlay is assigned to the Winchester kidnapping, his first big case. He uncovers deeply hidden secrets of the Winchester family.

He struggles with the age-old problem. What is right for this child? What is wrong?

You’ll be hooked by this page-turning psychological thriller because of its twists and turns within and outside of the law.

“…I was able to take this story in and focus on a vivid, tightly-constructed and perfectly-paced journey which effortlessly spans generations, continents, and cultures. And learned a bit about myself in the process – and that’s the hallmark of good literature.” – J. Brooks

To buy it on  Amazon, click on your local outlet: