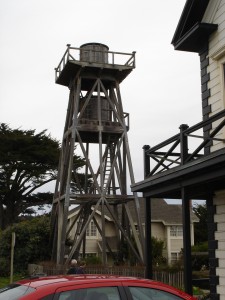 If you follow me on Twitter, you may have picked up my affinity and support for The Iron Writer Challenge:

(toilet bowl cleaner, a meteor, an empty ATM and a talking tree; 337 words, well under the 500 word limit)

Hey diddle diddle
Life’s just a big riddle
For Drew who ran for his life,
A meteor streaking
Across the yard seeking
To hide, disappear from the strife.

Hey diddle droy
‘Daddy’s mad,’ said the boy,
‘He’s ranting and raving at Mum.
‘He gave her a beaner
‘With toilet bowl cleaner.’
The thought of it made him go numb.

‘Hey diddle dree,’
Said the tree he called Leigh,
‘Hide here right under my care,
‘When someone is mad
‘And the other is sad
‘Then you’d better be out of their hair.’

Hey diddle diddle
The cat and the fiddle
The dad was hitting the mum,
The boy stopped his ears
(But never his fears)
And his mouth became filled with his thumb.

Hey diddle delling
The mother was yelling,
‘Please stop – you’ll frighten the boy!’
The little dog laughed
To see such craft
For the dad knew her plea was a ploy.

Hey diddle dill
The air it went still
The dad came out searching for Drew,
He wanted his son
Before he was done,
Then Leigh, to the boy, whispered, ‘Shoo!’

Off the boy shot
Before he was caught
He knew what his father could do,
For a very long time
They’d planned this quick climb
Leigh’s branches would hide him from view.

Hey diddle daddley
The dad drove off madly
The cow jumped over the moon…
‘Coast’s clear, my dear,’
Mum cried with false cheer,
‘But hurry; he could return soon.’

Hey diddle dack
They needed to pack
As quickly as poss – just in case –
Still on the attack
The father came back…
Must flee, not leaving a trace.

Hey diddle dage
Of the father’s great rage –
The mum told the boy she found out –
Seems the ATM there
On the edge of the square
Was empty, held zilch, was a drought.

Hey diddle dax
With packs on their backs
They watched for the shade of the moon,
Then Mum and the boy
Stepped forward with joy
And the dish ran away with the spoon.

This verse won the inaugural Iron Writers’ Challenge. For the seriously curious (but without the requisite formatting), it can be seen at